It is da’wah that makes Muhammad ﷺ the Messenger. Learn how that affects how you appreciate Mawlid ar-Rasul ﷺ.

What you should expect:

• The key highlights of da’wah in Madinah

• Having faith in Allah ﷻ‎

1. Patience and perseverance in da’wah

2. The blessings of Allah’s tests ﷻ‎

Indeed, the da’wah that we are committing ourselves to now is not an easy, unobstructed and sweet path to walk through.

In conjunction with his Mawlid ﷺ, we need to refresh our remembrance and reverence to him for establishing and affirming our understanding and belief in Allah ﷻ‎ – by becoming the determined and dedicated Dai’es and Leaders we should be!

Patience and perseverance in da’wah

In the seerah of the messengers of Allah ﷻ‎, we can witness how each of them was tested – their souls, property and family, poverty, hunger and thirst. Their call to Allah ﷻ‎ was opposed, and they were threatened with persecution.

Yet the messengers of Allah ﷻ‎ gave their fullest in their responsibility – the amanah of da’wah – from Allah ﷻ‎.

In their footsteps, remain confident in the promise of Allah ﷻ‎: whoever observes patience through His tests will earn a high reward.

Believe firmly that you are strong enough to face the difficulties in da’wah, as stated in the Quran:

“Allah does not lay a responsibility on anyone beyond his capacity.”
(al-Quran 2: 286)

The test of Uhud

During the Battle of Uhud, the Mushrikun almost defeated the believers. It was then when the Mushrikun managed to aggravate ar-Rasul ﷺ and broke his teeth.

During the Battle of Khandaq (trench), the believers built a large trench that served as a fortress to protect the city of Madinah. However, the Mushrikun decided to surround them for a long period. It caused Madinah to be trapped in a state of limited food supply, not to mention the fear and uncertainty that almost weakened the faith of the believers.

Allah ﷻ‎ will certainly test His servants with difficulties and hardships to strengthen their faith. It is more so for those who are in the footsteps of tarbiyyah, da’wah and jihad.

And it is His Will ﷻ reflected in the sunnah of ar-Rasul ﷺ that those who remain patient and steadfast will achieve success in the eyes of Allah ﷻ.

We learnt from the seerah that the believers didn’t step back after the battle of Uhud. They kept advancing forward and forward in da’wah.

The tests experienced by every prophet and messenger of Allah ﷻ‎ further strengthened their faith in Allah ﷻ‎. And it is more so for us, the Dai’es and the Leaders of today.

All of us are responsible to lead our people to submit to Allah ﷻ‎ and abandon all abominations and evil deeds and systems, no matter how difficult they are.

Be reminded that the tests Allah ﷻ‎ gives to every human being is within each person’s capacity to face and go through. Each of us play important roles in various aspects and fields of this da’wah movement.

And be convinced that the path leading to Jannah is not an easy one. We will all be tested, and only those who are patient and persevere with the cause will be rewarded justly by Allah ﷻ‎.

“Do you think you will be admitted into Jannah without being tested like those before you? They were afflicted with suffering and adversity and were so (violently) shaken that (even) the Messenger and the believers with him cried out, “When will Allah’s help come?” 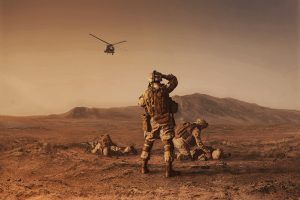 Ar-Rasul’s Open Da’wah: The Mushrikun are Doing the Same to Stop You Today